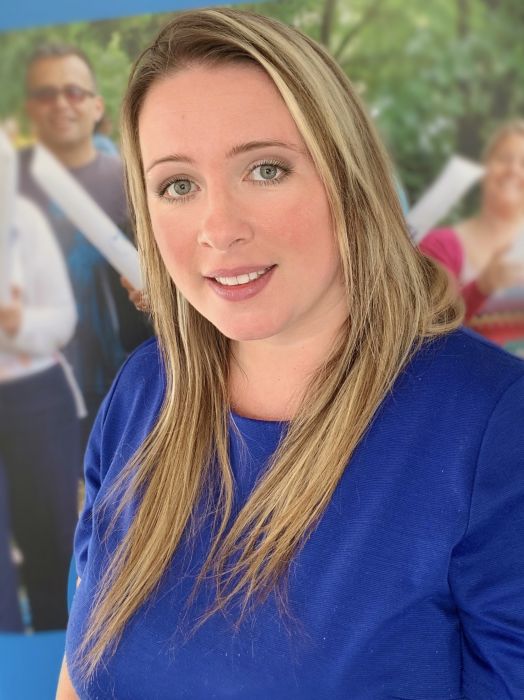 I was widowed in July 2012. Andy had been suffering with various health complaints following a serious fall in January 2011, but the doctor dismissed it. He was diagnosed at the end of April 2012 with Stage 3 Adrenal Cancer.

Initially the doctors were positive that something could be done, but we were told on the 27 July that he was terminal. He died in hospital four days later. He had just turned 45 the week before he died. I was 33.

What was the impact of your bereavement?

Andy worked long hours and was away often, so my role had been mum and housewife while he handled all the bills and was my rock to lean on. Losing him was incredibly hard. I lived away from my family who were desperate to help but I couldn’t expect them to uproot their lives.

My local friends were great, but they had their husbands and children and it was extremely hard to burden them. So I just started to exist with my three children and live each day as best as I could.

How has WAY helped you?

It took a while to find the WAY and I didn’t become a member until January 2014. Initially I took full advantage of the online support available via the members only website and Facebook, as this meant I had someone to talk to once the children had gone to bed.

The knowledge that there was someone at the end of the line who understood what I was going through was amazing; someone who got it that I cried at parents’ evening when my girls had a good report; someone who told me it was OK to feed my children at Sainsbury’s cafe when I had no energy to cook.

The first WAY event I signed up to was a weekend at Center Parcs. The knowledge of walking around with all these people wearing WAY hoodies who understood me was a feeling I had never experienced – and it was so reassuring.

From there I booked myself onto every WAY holiday with the children that I could. Watching them run around with their WAY friends, free from the anxiety that surrounds them everywhere else, was such a relief.

How did you become WAY’s Memberships Services Manager?

During my time as a member of WAY, I was given the opportunity to give back to the charity through volunteering to run trips away. In January 2017, I joined the WAY Operations team full time as Membership Services Manager. Now I have the opportunity to use my knowledge and experience to help support WAY members as well as to help get the work out about the charity that has played such a huge part in my life.

How would life be different without WAY?

If I had not found WAY I would have survived, I had no choice, but I would have felt very isolated and alone. WAY has given me the support network to understand that I am not alone, that my anger/sadness/laughter are all normal.

WAY is a club you never want to be eligible to join, but if you are eligible, it is a lifeline.

Click the video link below to hear more from Colette....