This June, we are marking Pride Month by sharing the stories of WAY Widowed and Young members who are also members of the LGBTQ+ community... 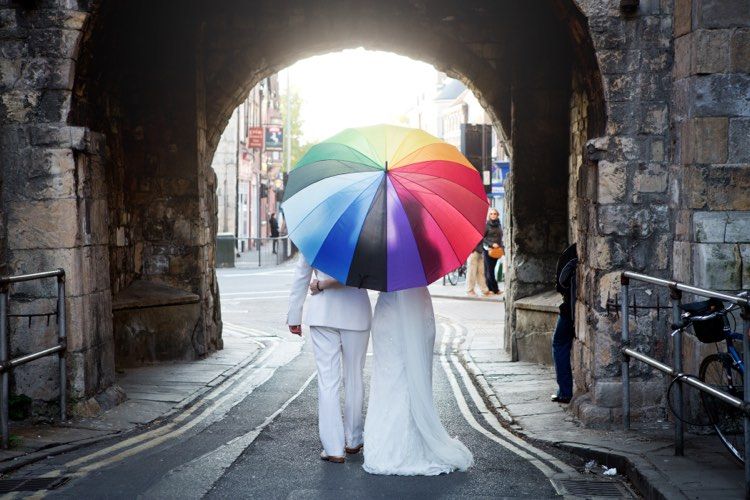 We wanted to start with the story of Lisa, who lost her wife Linda 16 months after their wedding. Here is Lisa's story...

"It's said that life begins at 40... for me, that cliche was so true. That was the age when I meet the most amazing woman, who was later to become my wife.

Our worlds were so far apart and yet we had so much in common. A chance encounter was how we met, and yet Linda always believed that one day our paths would have crossed.

Within days of meeting, I knew that Linda was one special lady. I plucked up the courage and told her exactly that, not quite knowing how it would be received.

On our wedding day Linda read out the following passage... 'An invisible red thread connects those who are destined to meet, regardless of time, place or circumstance. The thread may stretch and tangle but it will never break.'

16 months later and she was gone, in an instant, an accident, no time... just not enough time. In Linda I found my red thread." 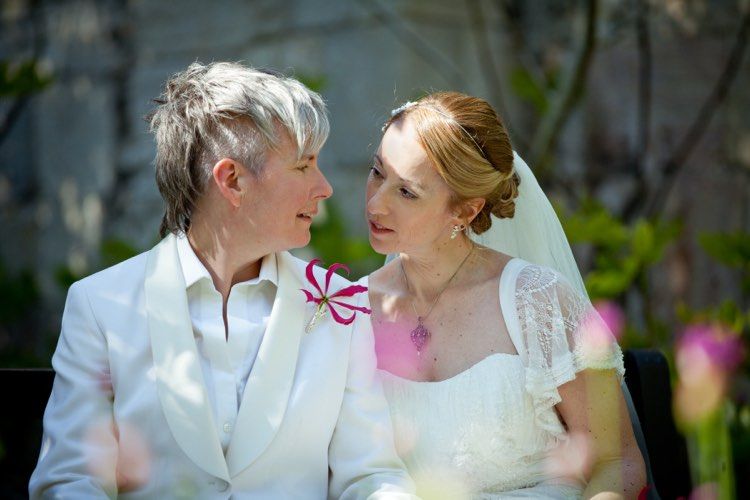 We'd also like to share Andrew's story of love for his partner Jerry and coming out to Jerry's family just before his death...

"My beautiful partner of 11 years, Jerry, didn’t officially come out to his family as gay until two days before he died. He had been rushed into the ICU due to side effects from his melanoma treatment, and then learned that his cancer had spread and was now terminal.

Because we’d been waiting until he came out before we got married, we never got to have the dream wedding he’d been planning for years. He loved planning weddings, even considered doing it as a career, and did an amazing job organising weddings for two of his sisters. But we did get to have a wonderful unofficial ceremony with the hospital chaplain in the ICU, celebrating the enduring power of love. The ICU staff were wonderful. One of them filmed the ceremony for us and they all congratulated us. Another confided in us that she was also in a same-sex relationship and that her partner also worked for the NHS and had looked after my husband at the cancer centre.

I was worried how his family might react to the news about Jerry being gay, particularly as they were hearing it on the same day that they learned he was dying. I have read stories of same-sex partners being rejected by their in-laws in similar circumstances. But in fact they couldn’t have been kinder and more loving. They told him that they accepted me into their family and that he didn’t need to worry, they would look after me even after he died (and they really have). His mum now calls me “son”. We sat together with him while he was dying and kept telling him we loved him. His family made sure I could have some time alone with him to say goodbye if I needed it. And we were all there together by his side when he finally passed.

In the midst of this awful, devastating time, the unconditional love and acceptance his family has shown has been humbling. His mum explained that she’d known for years that he was gay, she was just waiting for him to tell her in his own time. She didn’t mind, she just wanted him to be happy and loved. I only wish now that he’d felt ready to tell them earlier so that we could have shared our love with his family for longer." 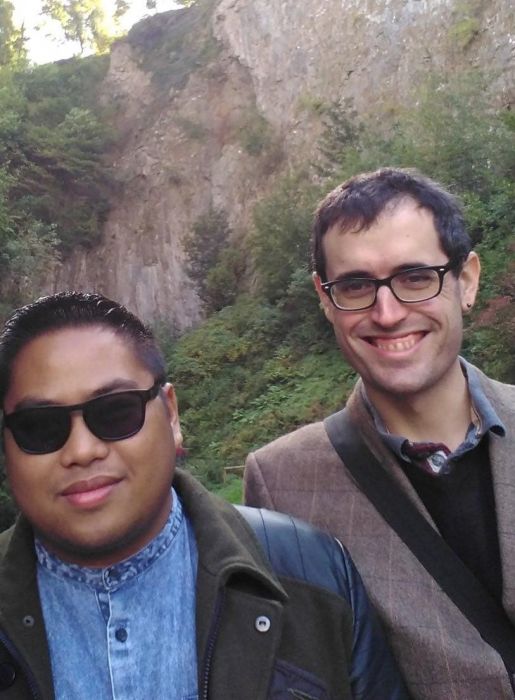 Andrew (on right) with Jerry

WAY member Katie tells us how writing became an outlet for her grief when her wife died...

I met Michelle in 2010 and very quickly we fell for each other. In May 2017, she found a lump in her breast and immediately got it checked out with the GP. In a matter of weeks, she was diagnosed with stage 3 breast cancer and two weeks after that we discovered that the cancer had already spread to her spine and was terminal. We were both in shock and devastated. Michelle went through a gruelling 18 months of treatment but cruelly each chemo proved ineffective as the cancer continued to grow and spread.

We had been engaged for five years and had put things on hold to get a house together and enjoy travel and holidays. Then one day, during the summer of 2018, she came home and told me she had found a dress that was perfect and bought it. We decided to go for it and get married. I think we both needed something exciting to boost us during what felt like constant bad news with additional tumours developing in her lungs and liver.

My sister found a charity called Gift of a Wedding, which arranges weddings for those who have a terminal prognosis. We enquired and found we were eligible. In just six weeks, we were having our dream wedding. At the time we didn't know just how little time she had left. Within the next two months the cancer spread more and she developed pneumonia. She passed away in a local hospice on 18th November 2018.

I felt lost and consumed with grief. It was in those early days of grieving that I discovered the outlet of writing poems. I consider myself lucky to have been surrounded by amazing friends and family to support me through such a difficult time. I know from being part of WAY that not everyone is so fortunate. However, in my darkest moments, I found it hard to reach out for help. I would become more withdrawn and avoid calls or seeing people.

It was in these moments, consumed by overwhelming feelings of grief, that I began to write. Getting my emotions down felt therapeutic and allowed me to make sense of some of the feelings and begin to process the losses I had experienced.

It has been just over two years since Michelle passed away now and life is generally good. I have great friends and family, a good job and lots to be thankful for. We had nine blissful years together and both appreciated each other, having waited so long to find the right person. We were each other's rocks and I will forever be grateful for the time we had together. But of course, there are still days where the grief can knock me sideways and I find myself picking up my phone or notepad to write it all down. Writing honestly has helped me get through some of the darkest moments and I am sure will continue to do so.

The dark cloud has lifted, like the seasons, grief comes and goes.

I am learning still.

Through the spring and summer I came to a clearing.

It was light and bright but darkness was nearing.

I didn't expect it, I'd faced all the firsts,

I thought I was there, come through the worst.

But with autumn's arrival the heaviness came,

And with it a sadness, and deep rooted pain.

Memories crept back, and consumed by their weight,

The intensity grew, with each looming date.

It felt like regression to be back with those feelings,

It took time to see, it wasn't the same,

I was moving forward, despite the deep pain.

It's part of a process, a journey to healing,

A mix of emotion, a hard to name feeling.

And so time has passed, a new year upon us,

And with it I feel a new sense of calmness.

It's hard to explain the shift that's occurred,

But the dark has just lifted, its lighter, less blurred.

As each season passes I learn more of grief,

It's part of me now and so make my peace,

To let it flow through me, through ups and through downs, 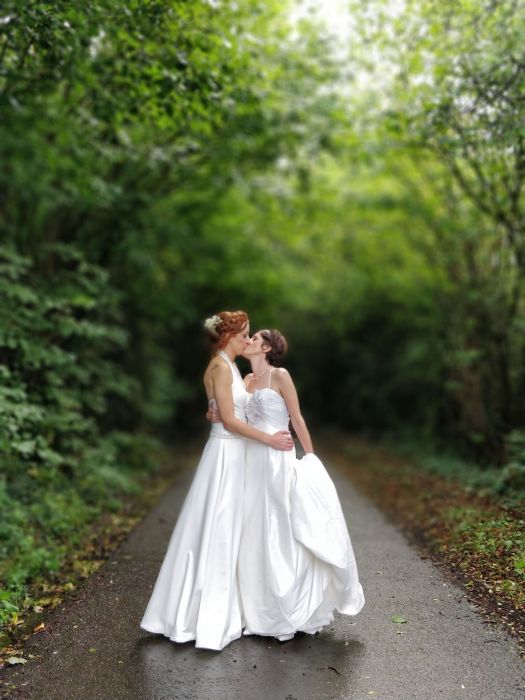 Come and see WAY at London Pride on Saturday, 2 July 2022! We are delighted to have a stand in Soho Square. Come and find out more about our charity, our LGBTQ+ support group and chat to some of our members. We hope to see you there!