Home / News / Chris’s story: Getting back on his bike for WAY

Chris’s story: Getting back on his bike for WAY

After surviving a horrific accident that killed his 30-year-old wife Elaine in September 2011, WAY volunteer Chris Dunne is getting back on his bike and cycling 100 miles to raise funds for WAY this May.

Chris and his wife were celebrating their first wedding anniversary in Scotland when the accident happened 11 years ago. They had been cycling across various Orkney Islands for a week when they were hit by a car driven by an elderly driver on their return journey on the road from John O’Groats to Wick.

Elaine died from her injuries and Chris was left with such severe injuries that he was in an induced coma for 2-3 weeks and was bedbound for several months. As well as suffering a head injury, he lost his front teeth in the accident and still has some ongoing issues with his balance and mobility today.

However, the year after the accident, Chris was determined to get back into the saddle again – he used a three-wheeled recumbent bike at first as he regained his balance then he was back on a two-wheeled bike as soon as possible.

“Some friends were going to the Lake District in April 2012 and I went along on my mountain bike, which was probably a mistake because I managed to break my ankle,” said Chris. “So I was in hospital again for two weeks in Carlisle.”

Chris, who works as an engineer for GE, has always been a keen cyclist – although he confesses he was a bit of a late bloomer and originally failed his cycling proficiency test as a child! But none of this has put him off doing the RideLondon challenge for WAY on 29 May, which will see thousands of cyclists riding on a 100-mile traffic-free route through the heart of London and neighbouring Essex.

“A fair few people said how can you go out cycling after what happened,” said Chris, 40. “RideLondon is closed roads so it’s all fairly low risk and I’m really looking forward to taking part.”

Chris is based in Leicestershire and is a local volunteer for WAY, helping to arrange local events for other young widowed people across the county.

Please show your support for Chris via his Justgiving page here

Chris will be joining fellow WAY members Emma Farrar and Lisa Aldridge in the RideLondon 2022 challenge on 29 May. 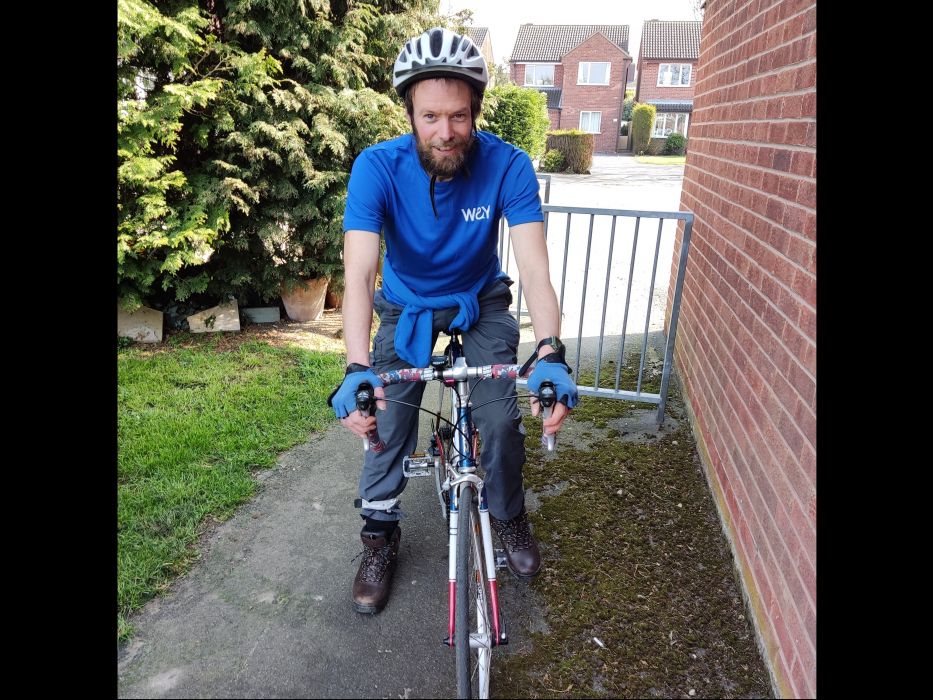