A group of friends from Frome cycled 350 gruelling kilometres from Cornwall to Somerset – climbing more than 4,000 metres – over Easter in memory of their childhood friend and Open University Astronomer (James) Simon Clark , raising more than £3,000 for WAY Widowed and Young.

"At Simon’s online wake last year, we began discussing a ride to honour our old friend, but nothing really happened until we learnt of his widow Laura’s battle with breast cancer some weeks later. What could we do? Offers of sympathy can only go so far. Our friend Julian had already organised a collective donation to WAY for the funeral, so we thought the best course of action was to up our game to support Laura and the kids going forward.

The route was subject of discussion for a long time. However, we finally settled on Falmouth when Laura told us of plans to scatter Simon’s ashes on his favourite beach – Pendower Beach in Cornwall. It would be from there back to our hometown of Frome in Somerset. The finish line would be Simon’s childhood home.

As our plans progressed another tragedy came to pass. Julian’s wife, Jane, lost her year-long battle with pancreatic cancer. Heart-wrenching. Another funeral for another dear friend.

In the New Year, Tim booked the accommodation, I planned the route and kickstarted the fundraising on JustGiving, and Julian joined WAY.

Fast forward to this spring. When we met in Frome on 13 April for the challenge, our fundraising was nearly at £2,500. We drove down to our start point in Truro and, once saddled up, Julian’s daughter drove the car back to Frome.

Just before we met Laura and the kids on the following morning, we had raised more than £3,000. So we had some happy news to share when the Clarks met us in the fog at Pendower Beach. It was the first time any of us had met in person so we had plenty to talk about. Then, back in the saddle, we headed inland towards Bodmin. The only breakdown occurred just before lunch when my chain snapped, but it was easily repaired. Our route then took us along the Camel trail and up onto Bodmin Moor where a small herd of ponies greeted us. By the time we reached our accommodation we had cycled 93 km and climbed 1,441 metres (far more than the plan).

After an evening of Cornish hospitality, we set out on Good Friday for a relatively easy day’s ride. We descended from the moor onto the Tarka trail, which took us into Barnstaple for lunch. Then we had a long climb due east to get to Lynton, where we arrived having cycled 91 km and climbed 1,069m. We were starting to feel quite sore!

The final day, the big one, began early with a diabolical climb out of Lynton onto Exmoor to the highest point on our route at 450m above sea level. Progress was slow initially, and we started to worry about whether we could make Frome by sundown. However, the weather was glorious and we started to make good progress after lunch. We were at the bottom of Cheddar Gorge by teatime, so we stopped for tea before pushing for home up the gorge.

We arrived, exhausted, elated and somewhat emotional, outside Simon’s childhood home shortly after six o'clock, having cycled over 150 kms and climbed some 2100 metres. One victory photo later we were done.

Our total raised for WAY had reached £3,700 by the time we returned home – saddle sore and suffering from sunburn. We shall treasure the memory of this amazing week in Simon’s honour, and in honour of all those widowed and so young." 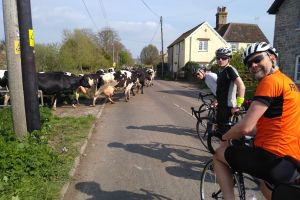 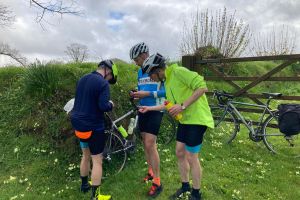 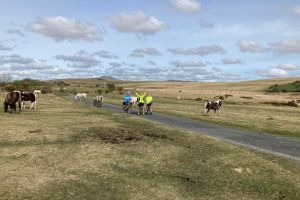 “I’m very pleased the children and I were able to see the team off on their epic journey. They knew Simon at a different time of life to me, but I could see why he liked them, as they are a lovely group of guys. It is important to me that the children have connections to Si’s friends so they can know other aspects of him. I am grateful that they would take on such a challenge in his name. WAY has been a great support to me over this last year so it is wonderful that the charity will benefit from their fundraising. It was very poignant to see their final photo outside Si’s childhood home, somewhere I spent plenty of time with him. They did so well to make it!”

It’s not too late to show Bart, Julian and friends your support here... 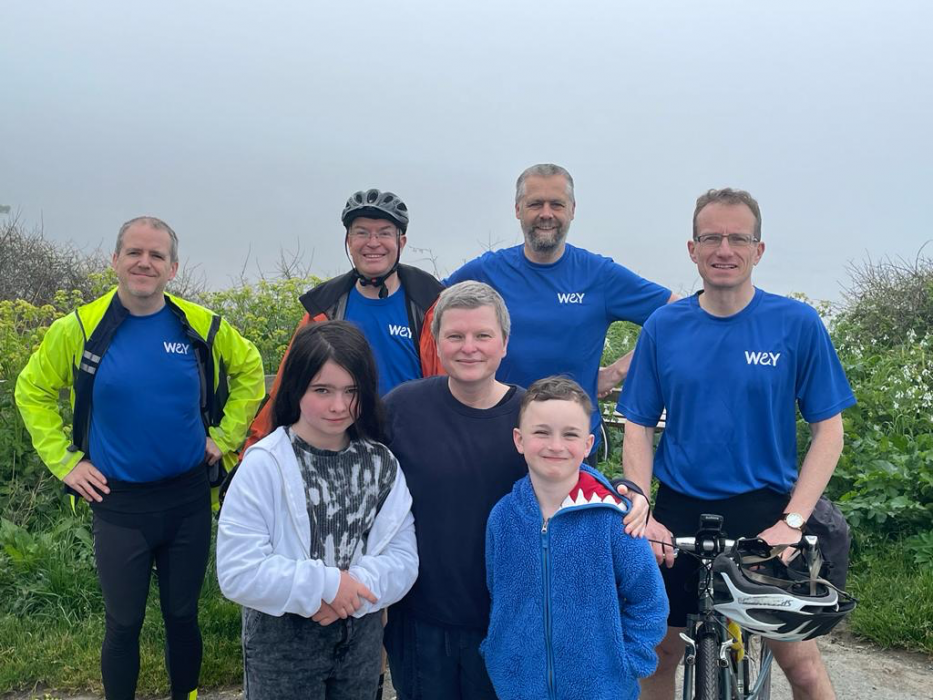 The team with Laura and family