Five fabulous WAY members have decided to give back to the charity that has helped them along in their bereavement journey by walking (virtually) across the UK to raise funds for WAY.

What started out as an idea in the WAY fitness subgroup, “WAY Workout”, has grown into an epic challenge as the Fab Five – including Tina, Tracey, Elizabeth, Debbie and Vicci – have taken on the virtual challenge of walking from Land’s End to John O’Groats via www.theconqueror.events to raise funds for WAY.

“Collectively we will be virtually walking a total distance of 1083.8miles,” said Tina (shown below). “So far we are on schedule to ‘arrive’ at John O’Groats sometime in April – sooner if we can!”

“We all enrolled on the challenge individually and began chatting about it in the WAY Workout group,” explained Tina. “We were doing it for various reasons, such as in memory of our late husbands and partners and also for the health and fitness benefits of it. It was suggested by Tracey that we do it collectively as a team and raise money for the charity that has brought us all together. It seemed a no-brainer, as the whole reason we were chatting about it was because of WAY. It is important to us that we give back to the charity that has given us so much in terms of friendship and support, especially through the pandemic.”

“Our fundraising page is called ‘It’s a long WAY’, which seems very fitting!” said Tina. “We had no expectations about what we could raise, but within 48 hours of the page going live we have attracted donations of more than £600 with plenty more to follow...”

Tina told us she has the famous lyrics from The Proclaimers song swimming around her head as she completes her daily walks...!

Please join us in wishing Tina and her team good luck with the walking and show them your support: https://www.justgiving.com/fundraising/wowitsalongway 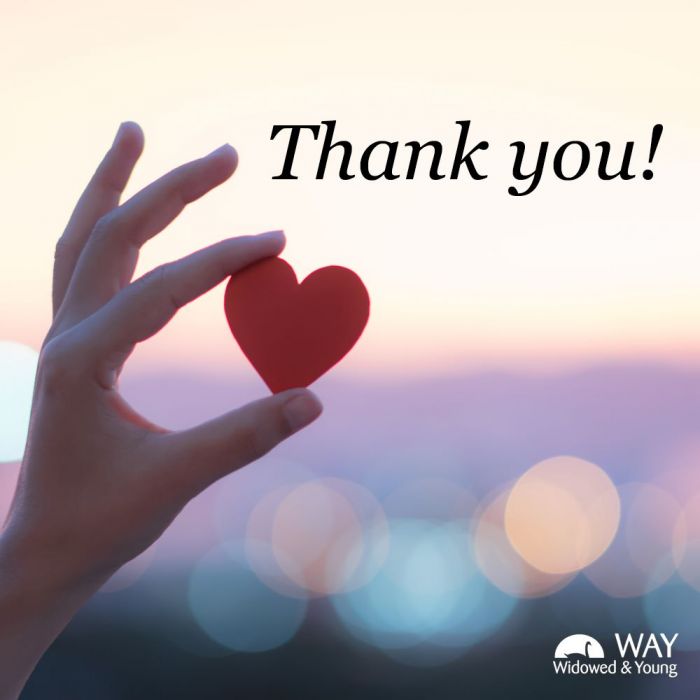