Mother's Day can be a very difficult time for WAY members, for so many different reasons. One of our members, Amy shares her story...

"Mother's Day - a day we remember the woman who brought us into the world. For some, our mothers also raised us and taught us so much.

Mother's Day is also a day for me, as a widow, when I am reminded that I am not only grieving for the loss of my soul mate, but for the children we would have had together.

Mother's Day is just another day of hurt, anger and pain - reminding me of the future that has been stolen from me. Sadly I am unable to have children naturally due to a childhood illness. I have grieved every day for this loss and it doesn't get easier.

When I met my husband I told him straight away so he had the option to walk away. However, instead he chose to love, cherish and adore all of me. We looked into IVF and decided adoption was the best option for us.

We had an appointment with a social worker and started the adoption process. After all my husband only had an ear infection. The next day I took him to A & E because he just wasn't right. One hour later he was told he had cancer in every part of his body, including his brain.

Five weeks later he was gone and with him all of our hopes and dreams for the future. Just when I thought my dream of being a mother was getting closer it was snatched from me. I was numb for weeks. Now over a year later, I cry a lot. But Mother's Day is just another reminder, another gut wrenching day, where I just feel alone, useless, worthless and barren."

Amy is a member of WAY Members Without Children - WAYWocs - which is a subgroup of our charity for members who don't have children. She told us:

"Being a member of WAY has helped me immensely. Reading posts from the group from people in similar situations has helped me not feel so alone. Sometimes I haven't had the words to describe how I feel and somebody else writes it down and just gets it and understands me. This has helped me to stay safe as I have struggled with my mental health most of my life. Now I'm back at work and in counselling. I can honestly say if it wasn't for way I would not be here now." 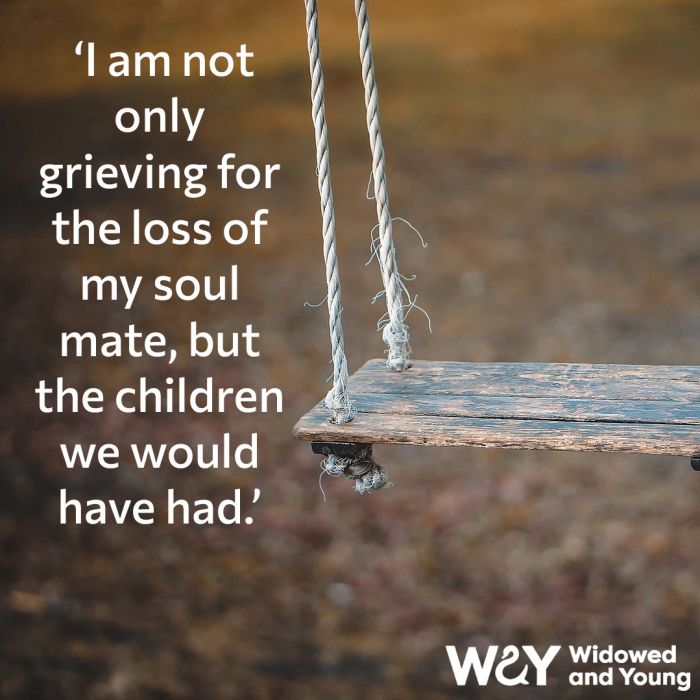