WAY Widowed and Young is absolutely delighted that the High Court has today ruled that the eligibility criteria for Higher Rate Bereavement Support Payment – which is paid to widowed parents when their spouse dies – are incompatible with human rights law.

Payments are currently made to those whose husband, wife or civil partner died but not to those who were living with but not married to their partner.

This means that around 2,000 families each year lose out on payments worth £10,000 at a time when they most need support.

The case was brought by Child Poverty Action Group on behalf of two dad whose partners had died, leaving the fathers caring for their young children.

WAY Widowed and Young has been campaigning on this issue alongside the Childhood Bereavement Network, Child Poverty Action Group, Cruse and other charities for several years. The whole system of bereavement benefits was overhauled in April 2017, with Bereavement Support Payment replacing a number of other benefits, including Widowed Parent’s Allowance.

The High Court ruling follows on the heels of the August 2018 Supreme Court judgement in favour of WAY member Siobhan McLaughlin. The Supreme Court ruled then that denying Widowed Parent’s Allowance to the mother of four was incompatible with human rights law. However, the government has taken no action to date to amend the relevant legislation.

“We’re absolutely delighted that the High Court has today recognised that it is incompatible with human rights law to discriminate against children for a choice made by their parents – many of whom were simply unaware that their decision not to get married would have such a devastating financial impact on their family if one of the couple happens to die.

Many people who join our charity WAY Widowed & Young after they’ve lost their partner at a young age tell us how utterly shocked they were to find out they weren’t eligible for Bereavement Support Payments because they weren’t married. Many WAY members had been living with their partner for years and had several children together. Not only did they find it terribly insulting that their partnership was not recognised by the government when their loved one died, this also had a terrible impact on finances of the family members left behind.

We have always believed that it was absolutely unjust that co-habiting couples were not entitled to receive the same financial lifeline as married couples, who have paid exactly the same amount into the National Insurance pot from which this money is drawn. We thank the High Court judges for listening to the concerns of widowed families when handing down this landmark judgement – and we urge the government to take immediate action to amend the relevant legislation to make sure bereaved children across the UK get the financial support they are entitled to.” 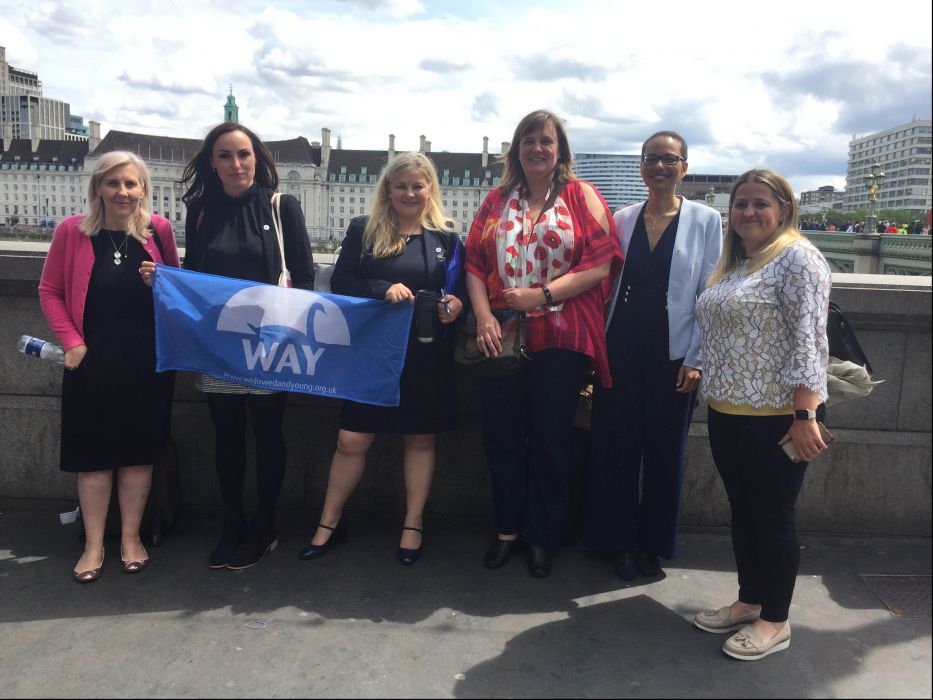