February 4 is World Cancer Day. To mark this day, we asked WAY members to share photographs of the loved ones they have lost to cancer. We were overwhelmed by responses and received nearly 200 photos, which we have woven into this poignant and heartbreaking tribute.

More than 45% of WAY members sadly lost their other halves to cancer - it is so powerful to see so many faces and to remember that behind every WAY member there is a life that has been taken too soon.We remember them today and every day...

Below we are sharing stories from two of our members who lost their loves to cancer, Steve and Sarah. 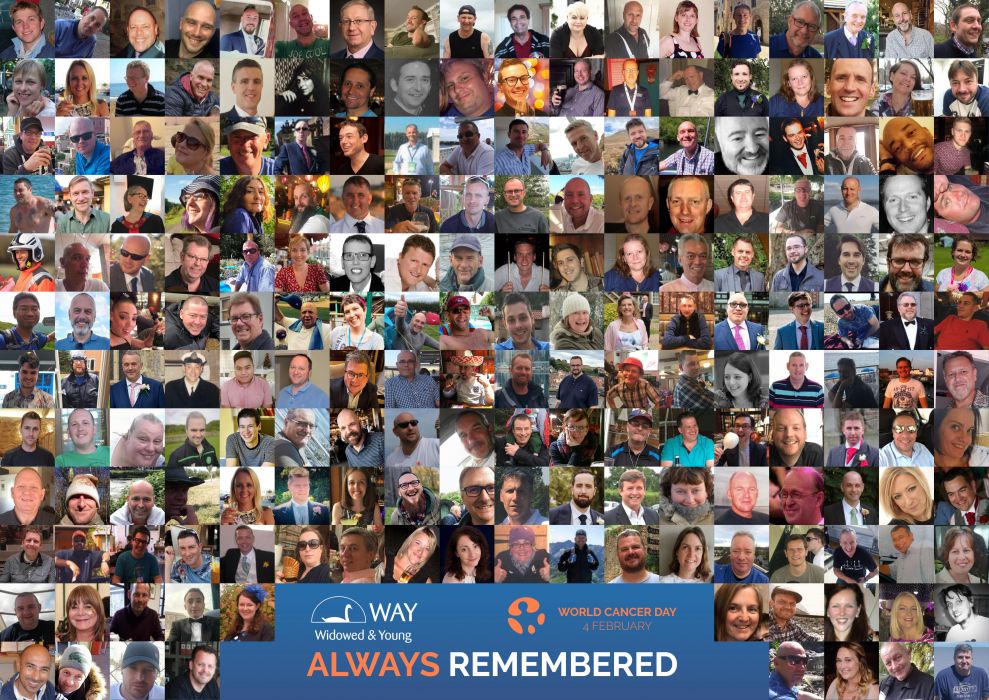 To mark World Cancer Day, WAY member Steve, 44, from Newcastle upon Tyne shares his family's journey since his wife Helen was diagnosed with bowel cancer in 2018...

"Early in 2018, Helen – who was a normally slim size 8 – began to notice her tummy was getting bigger. This was despite eating well and exercising regularly. Following a doctor referral, on our return from our summer holiday in August 2018, she saw a gynaecologist who diagnosed tumours on her ovaries. They confirmed it was cancer, but were concerned this was not the primary source.

In September 2018, it was confirmed the primary tumour was in Helen's bowel and had spread through the bowel to her ovaries. She was referred to Basingstoke and, following consultation, was admitted for surgery on 21 October 2018, her 43rd birthday.

She had extensive surgery and I was able to stay in relative's accommodation in Basingstoke, as we were there almost a month before she was discharged and allowed home.

In January 2019, Helen began eight cycles of chemotherapy, which came with its own challenges, but overall she tolerated it well. In July 2019, scans gave her the 'all clear' although it was taking her bowel some time to settle to its 'new normal'.

In early 2020, Helen began getting some abdominal pain and she was sent for a scan, which showed evidence the cancer had returned in multiple locations. It was at this point she was told that any treatment would be palliative and that the average life expectancy was two years.

She was referred for more chemotherapy but over the remainder of 2020 had several failed attempts to complete a cycle, suffering with various side effects until she simply wasn't 'well' enough to tolerate the chemotherapy regime.

In January 2021, with chemotherapy having been withdrawn and further surgery having been ruled out, she was passed to the care of a palliative consultant for pain/symptom management.

On 16 April 2021, she was admitted to St Oswald's Hospice for symptom management where our two children and I were able to visit twice a day during visiting times.

The doctors had hoped to find a treatment regime to allow her to return home but sadly this was not to be. She called me early on Sunday, 16 May to say she had had a bad night and asked me to cancel the visit she had planned for her Mam and sister that afternoon. The doctors called me at lunchtime to say she had had continued to deteriorate that morning and that she was asking for me.

I went straight to the hospice to find her with the doctor and 3 or 4 nurses. They were giving her what they could but told me that they were concerned that her symptoms were not improving and that we may be entering her final days. By 4pm they told me to contact her parents as they were unsure she would make it through the night. At 5:30pm her Dad and I held her hands as she took her final breath. Her Mam and sister arrived just a few moments later.

After Helen passed, I began receiving bereavement support from MacMillan Cancer Support and they suggested I look up WAY. I joined in August 2021 and was quickly directed to the Facebook groups. I have found reading about other people's experiences, feelings and emotions helpful in navigating my own way through the fog of grief.

Our son is 14 and our daughter is 13. We are all coming to terms with the loss in our own way, but are muddling through together with continued support from St Oswald's.

In October 2021, we had a memorial bench installed on the sea front at Whitley Bay overlooking St Mary's lighthouse, just in time for what would have been Helens 46th birthday. This was one of Helen's favourite places to visit and in fact was the last place we went before she was admitted to St Oswald's Hospice, whose support has been amazing.

The bench has given us, as well as friends and family, a place to go and remember Helen, and gave the children and I the opportunity to share time with Helen on days like her birthday and Christmas day.

At the end of November, we moved house as together we try to live our lives and honour the memory of my truly wonderful wife and their dedicated and loving Mam. We will miss her always." 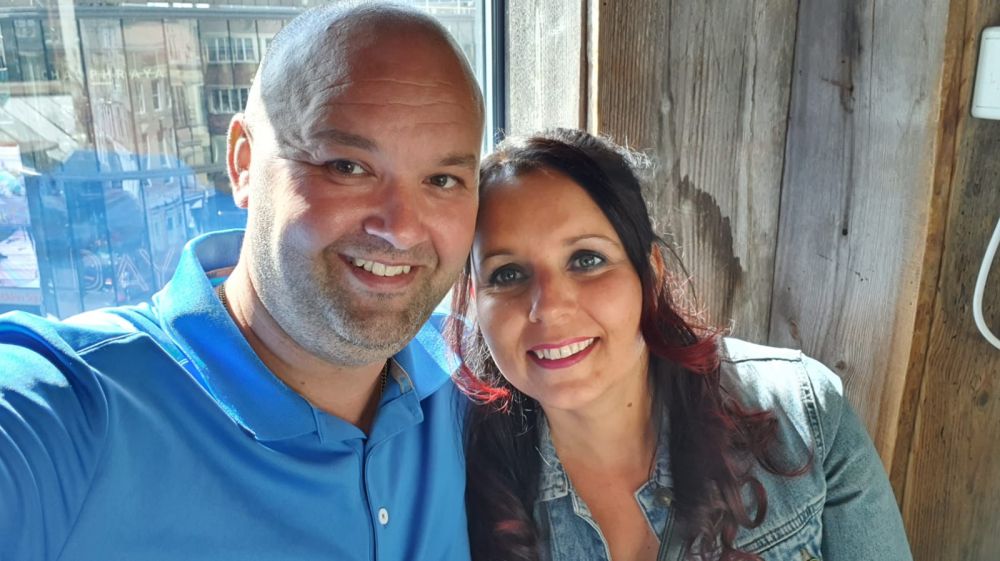 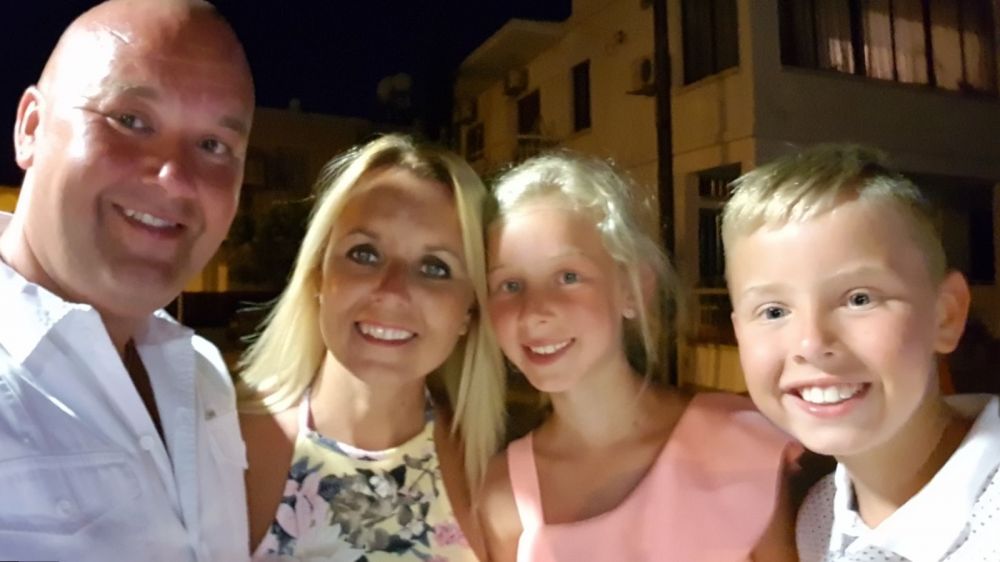 To mark World Cancer Day, Sarah shares the story of her husband Danny’s diagnosis and how she has coped I the three years since he has died…

Danny was 41 when he died. He had been fit and well – doctors thought he had gallstones. However, he turned out to have metastatic Oesophageal cancer and died 3.5 weeks after diagnosis.

We married in hospital 13 days before he died. He is the love of my life. Nearly three years on, I am still finding ways of coping with the huge loss his death has left. Mainly by talking about him!

I joined WAY just under a month after I lost Danny. Up until that point, I hid in my house and tried to block out the world. I went to my first meet in Norwich and was really apprehensive – I made my Mum wait in the car for me!

I had a really warm greeting and have made some great friends who really get where I'm coming from. They just "get it". Since then I use the online Facebook page and subgroups particularly the subgroup for WAY members without children (Waywocs) as a way of coping with my grief.

Knowing there are like-minded people to listen and share my feelings with has been invaluable. 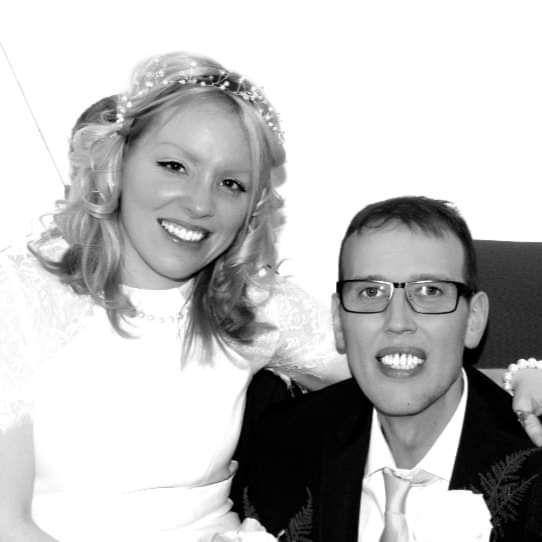 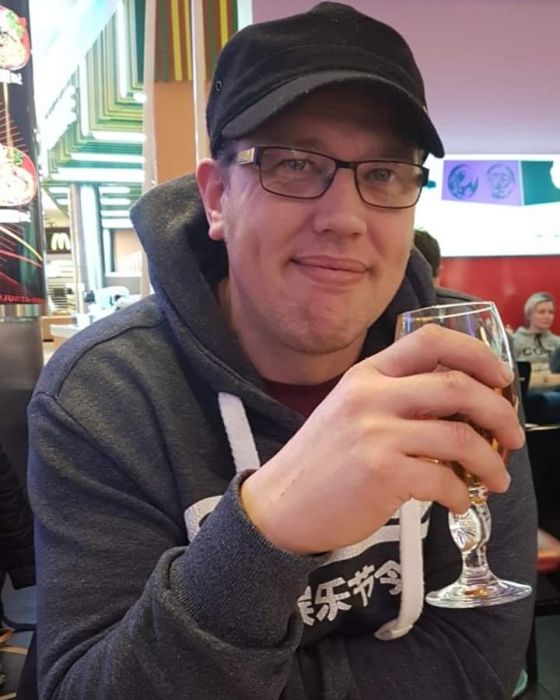