10 September is World Suicide Prevention Day. It’s a day to talk about suicide, to work to reduce rates globally, to acknowledge its enormous impact and to remember its victims. To mark this day, we are sharing the story of WAY member Lahra McClean, who lost her husband to suicide six years ago…

Suicide came crashing into my world in 2014. After 20 months of mental illness, my husband took his own life. His death was confirmed to me in a shocked and frantic phone call. The physical agony of grief was instant. I felt as if I had been thrown into freezing cold, dark water – my whole body hurt.

And that while I metaphorically gasped for breath, something very heavy was pressing on my chest, trying to push the air out of my lungs. Those physical symptoms took about two years to subside.

Climbing the stairs to wake our two children and tell them that Daddy was dead was a mammoth task. That heavy thing on my chest also wanted to pull me back down, sympathetic for a moment, telling me not to end their childhood. But I wanted them to hear it from me before the police turned up. “How?” and “Am I going to have a stepdad?” were their innocent, bleary-eyed responses.

Friends and family quickly gathered us up and carried and protected us with their iron will and strength – I can’t ever repay them. But we fell through the days for months, years. Things could become unbearably hard very quickly. It is common for blame to follow suicide. It’s hard to defend yourself as you too constantly revisit events and wonder if you could have done things differently, better. The inquest was a particular low point. I felt almost hunted that day – to a point where I discarded my own questions about my husband’s death. Six years on, despite my weary efforts, they remain unanswered.

It took me a long time to feel anything other than longing, guilt, desperate sadness and love for my husband. But eventually, as I continued to witness the children’s utter devastation, my anger finally emerged. How could he do this to them? Didn’t he understand that his actions had also left them with a shell of a mother? But these aren’t fair questions to put to a decent man in the grip of serious mental illness.

Despite all this – at some imperceptible point, incrementally slowly – life began to get easier. I promise you it does. I don’t believe that time heals all wounds, but we often manage to adapt to what we have to bear. I wasn’t gasping any more.

If you are struggling yourself as you read this or if you’re having suicidal thoughts, please remember that there is help available. You may feel that, in your pain, you have pushed away all of the people who love you. But the irreversible action of ending your own life will cause them greater pain than you – or they – can possibly imagine.

To those of you enduring that unimaginable pain of bereavement, gasping for breath in that freezing cold, dark water… There are thousands, millions of us in the water around you – you just can’t see us in the dark and the chaos. You will make it out. It will take time, and you probably won’t remember quite how you managed it. At some point though, you will be further along, trying to get back to the life you had before, realising you can’t, worrying about money/your kids/your future. Or you may be past all of those stages, so grateful to have survived, and trying really hard to live a good, contented life – the life your loved one sadly couldn’t.

Whatever point you’re at, and wherever in the world you may be… I promise you are not alone. And finally, to my husband... I try to think of you now in the future we had talked about… With the kids grown and busy with their own lives, we’re once again on a beach in Thailand. You, bare-chested in my sarong, are laughing in the hot sun. You, and so many others like you, will be forever loved and missed.

Where to turn for help if you’ve been bereaved by suicide:

Survivors of Bereavement by Suicide (SOBS) are a good source of support for people who have been
bereaved by suicide. See the SOBS website for details of their helpline, local support groups and
many more practical resources.

Cruse Bereavement Care also has some suggestions for further reading and support for people who
have lost a loved one to suicide. See Cruse's website for more information on traumatic
bereavement and suicide, including support if you live in Wales.

WAY Widowed and Young – a charity that supports people who’ve lost their partner at a young age,
with 3,600 members across the UK.

BBSSI - A private Facebook group with nearly 500 members set up by WAY member Claire Page, who lost her husband to suicide. It provides a safe space for WAY members who have lost their spouse or partner to suicide or self-inflicted injury.

Winston’s Wish – a charity that offers support to children (and their families) who have lost a parent
or sibling, with a webpage dedicated to supporting children bereaved by suicide here…

Beyond the Rough Rock – A book published by Winston’s Wish offering practical advice for families bereaved by suicide in the immediate days and weeks. It includes child-friendly activities to help families begin to make sense of what’s happened and look at ways to learn to cope.

Where to turn for help if you’re having suicidal thoughts:

Samaritans: When life is difficult, Samaritans are here – day or night, 365 days a year. You can call them for free on 116 123, email them at jo@samaritans.org, or visit www.samaritans.org to find your nearest branch.

PAPYRUS is a national charity dedicated to the prevention of young suicide. 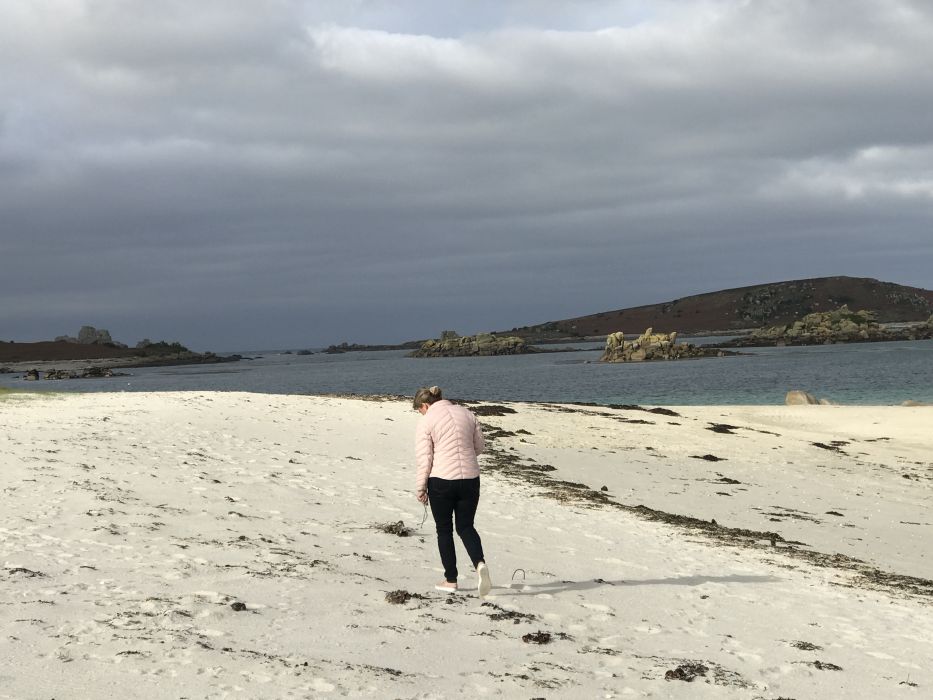