Ahead of Mother’s Day, West Midlands WAY member Sunny, 46, shares the story of how he’s coped being both Mum and Dad to his daughter Eva after his wife Andrea died two years ago…

On Friday 28 February 2020, I came home from work at around 5.30pm looking forward to a weekend with my wife Andrea and our six year old daughter Eva. My wife was fine but she was complaining of a headache. When the headache got more severe, I called 111 to ask for help but her condition started to deteriorate rapidly so I called 999. I was told that a headache is not life threatening so they would send an ambulance when they could.

After that Andrea’s condition got worse and worse. She was barely breathing and passed out. I called 999 again and the operator stayed on phone with me this time and said they would send an ambulance right away. The first medics to respond couldn’t revive Andrea so eventually she was rushed to a hospital close to our home in the West Midlands, and then she was transferred to the Queen Elizabeth Hospital in Birmingham.

To cut a long story short, Andrea went into a coma. She had suffered from a burst blood vessel in her brain and had several operations and procedures, but sadly she never woke up. On 19 March, the doctors told me they had done all they could and would have to take her off life support. She passed on Friday, 20 March around 1pm with me by her side. It was two days before Mothering Sunday and three days before the whole country went into lockdown, which also coincided with our 18th wedding anniversary.

How did I cope? Some of it is still a blur. Speaking to other widows and widowers, that’s a common thread. My mother in law and sister in law came down from the Lake District when Andrea was poorly, but after that it was just myself and our daughter Eva (named after the singer Eva Cassidy). She turned seven a few days after Andrea died.

For the first two or three months we couldn’t really do anything because of lockdown. We used to walk two or three miles every day. My work were really accommodating and I worked strange hours all through lockdown. And I used to write a journal a lot – for my own benefit.

Eva was really missing the social interaction with her friends – and obviously not having her mum around was hard. She was able to attend school in some capacity over the next few months – and obviously I homeschooled her so she didn’t get behind.

Of course, we had our dark days but Eva has coped remarkably well. Towards the end of July my mother was finally able to get here from New Zealand, which is where I spent most of my childhood, and she stayed with us until December.

Being Mum and Dad

It was difficult initially being both father and mother to Eva. Andrea and I are both very organised people and had gone into parenthood with our eyes open. She had worked until she was seven months pregnant but we made the decision for her to stop work and cut back so that she could be with Eva full time. I always deferred to her because she was so good with Eva.

It took me a good while to get my head around the practicalities of keeping us fed and clothed, and dealing with lockdown at the same time as grieving. I looked at being there more for Eva in terms of being emotionally supportive. I strongly felt it was my duty as her father to step up.

It was difficult to get counselling from anywhere during lockdown. I spoke to the children’s bereavement charity Winston’s Wish and also got in touch with a local charity called Phase and then with the Edward’s Trust, which works in the Birmingham area. I couldn’t sleep so I was researching everything – in the early hours, I came across WAY Widowed and Young on Google.

I joined WAY in April 2020 – we were still in lockdown so we weren’t able to meet anyone in person. Initially I sat back and didn’t participate much. Big groups are not really my cup of tea but I went along to a West Midlands meet up in a park, when it was allowed. It was nice to be able to meet people who understood what I was going through. Eva played with a couple of children.

What was useful was the buddy system set up through the local WAY group, where people who were recently bereaved were paired up with someone who had been bereaved for a longer time. I was fortunate to be paired with a volunteer called Sue – we met up for a coffee while Eva was at school. That was really helpful because there was no pressure of meeting in a group. We could just WhatsApp.

Sue was a great help to me and I’ve now been able to pay that forward. One of the school mums sadly lost her husband. She was also of an Indian background and I was asked if I could pass her my details. She got in touch with me and I was able to reassure her. The first text I got from her was at about 2 o’clock in the morning – it simply said, ‘I’m in so much in pain, when will it go away?’. I said, ‘the only answer I can give you is that it doesn’t get easier but I can assure you that you will survive and you will find different ways of managing the pain’. I have made my peace with that.

Grief doesn’t have a timeline

I’m afraid grief doesn’t really have a timeline. Bereavement is just a horrible messy thing. It knocks your confidence and makes you doubt everything. I found just having someone to be able to bounce ideas off or to reassure you that you weren’t going mad, that was of great value to me early on. Now I join WAY walking meet ups when I can and I post, mostly about Eva, on the WAY subgroup for people with children.

Grief is a terribly isolating event because you feel nobody understands. There is a presumption out there that there aren’t as many men losing their female spouses as women. As a man it’s even slightly more difficult – and I do support other WAY dads who message me after they say my posts.

It’s nice to be able to reassure people that there is some hope and that there is a life after grief, now that we’re two years down the line. Andrea's mum, niece and sister have been a huge help and have Eva over every holiday so Eva has lots of positive female role models. From the outside, I’m OK – Eva is doing well at school. We’re surviving – the house is a bit messy but we’re fed, Eva gets to school on time each day. We carry on as best we can.

It still hits me now and then but I’m more prepared. It’s not to say that the waves don’t hit but I’m just better at holding my breath.

The 2-year anniversary, ahead of Mother’s Day, is going to be a difficult day but we are not going to give up and do nothing. Andrea was Harry Potter mad – she read all the books and watched all the movies. So I have booked to take Eva to Harry Potter World, which is somewhere Andrea always wanted to take her. No doubt it will be a difficult day for me but I hope my wife approves as it will make my daughter so happy and is an early birthday present for my daughter. 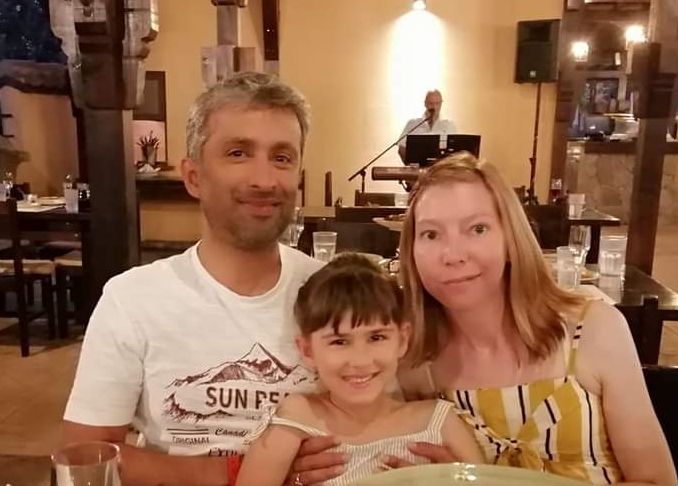 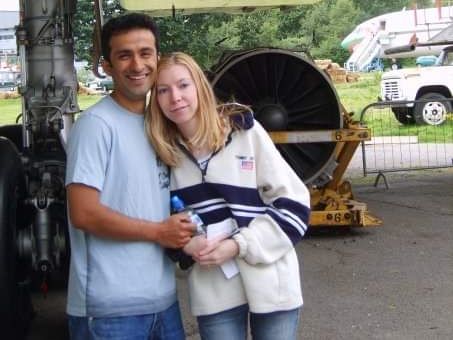