The Work & Pensions Select Committee has published a compelling report calling on the Government to extend bereavement payments to cohabiting couples.

This is an issue that WAY has been campaigning about for many years – and several of our members gave moving evidence before the Committee on 5 June to illustrate the devastating impact of bereavement on family finances. Currently only couples who are married or in a civil partnership are eligible for bereavement support payments, which are based on the National Insurance contributions of their late partner.

Last year, the Supreme Court ruled that denying support to children because of their parent’s marital status was unlawful. However, the Government has so far failed to take action – arguing that cohabitation is a complicated concept to prove.

Rt Hon Frank Field MP, Chair of the Committee, said: “Cohabiting families have been waiting 14 months for the Government to make up their mind following their defeat in the Supreme Court. It is risible for Ministers to claim that ‘cohabitation is a complex concept’ while applying it when it suits them in the rest of the benefits system. All the while, suffering is heaped on suffering for bereaved children. The Government has allowed this terrible injustice to go on far too long: it must make it right, and urgently.”

Committee members have also listened carefully to WAY members’ arguments on other concerns too. For example, they have highlighted the need to extend Bereavement Support Payments for longer than 18 months to help families cope with the financial fallout of bereavement. The Committee is calling on the Government to carry out an evaluation of the current system by the start of 2020.

“The Committee heard moving, personal testimony of the bewildering, devastating impact that the death of a parent or carer can have on the whole household, and that this can persist for months into years.”

They make several recommendations to the Government, including:

WAY’s campaign spokesperson Georgia Elms said: “We are very pleased to see that members of the Work and Pensions Select Committee have listened carefully to the testimonies put forward by WAY Widowed and Young members and have responded with compassion to the needs of widowed families. Nothing can take away the pain of a loved one’s death, but proper financial support is a lifeline that’s desperately needed by bereaved families – whatever their marital status. We hope that the Government will listen carefully to the Select Committee too and act without delay to implement their recommendations. The voices of widowed families have been ignored for too long!”

Read the full report here... and share with your MP, asking them to highlight the recommendations made in the report to the Government as a matter of urgency. 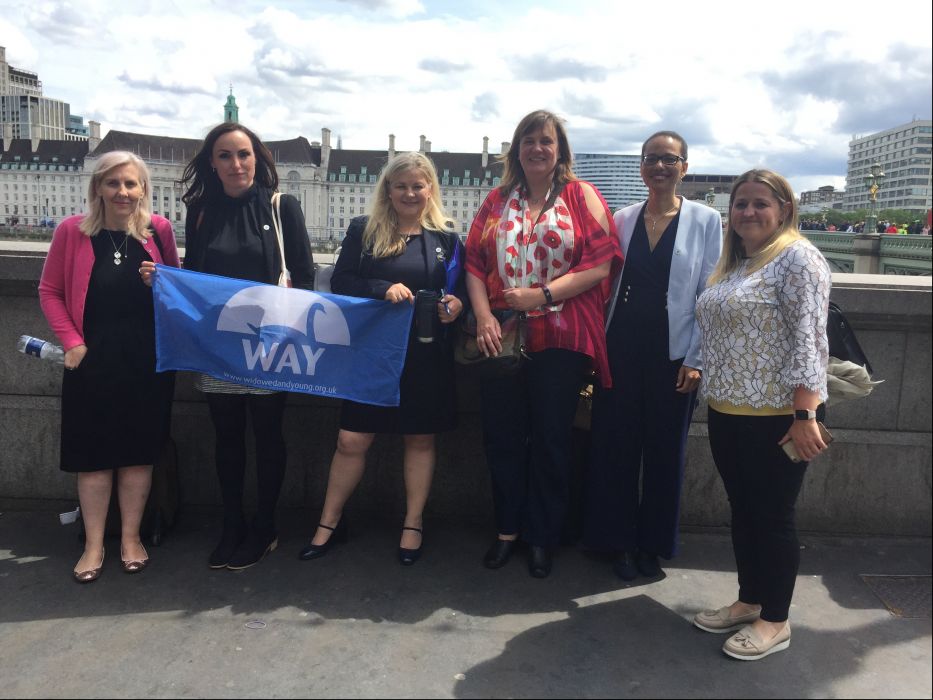