To mark World Suicide Prevention Day, we wanted to share the story of WAY Ambassador Diane Stuart, who lost her partner Graham to suicide 11 years ago. Diane shares some tips for those who've been bereaved to suicide and advises anyone who is struggling to reach out for support from people who understand...

When did you first join the charity WAY Widowed and Young and why?

My friend Jayne had been widowed the year before and had joined WAY. I hadn’t heard about WAY before then. She told me she was going to Center Parcs with a group of WAY members from Lancashire. She invited me along but she said, ‘if you want to come, you have to join WAY’. So I did and that was it!

I took the girls to CenterParcs and we had a great time. Over the past 10 years, WAY has been a great help to me. It has brought me great comfort knowing I am not alone in this journey.

How has WAY helped you through your bereavement?

It’s helped me knowing other people who are in the same situation as me. The children also got a lot out of it when they were younger. They still talk to people they met at WAY events, even now. Through WAY I’ve met many lifelong friends who are always there, whether it’s for a laugh or for support.

I joined a subgroup for WAY members bereaved by suicide, which has been really helpful – to talk to others who understand what you’re going through.

What is your role as a WAY volunteer?

I became the Area Contact for Lancashire about five years ago. I help to organise events and make sure everybody in the local group is OK.

We tried a few online meet ups during lockdown– including an online picnic. I think we were on Zoom for about 15 hours! We’ve had a couple of face to face meet ups already since restrictions have started to lift, which has been great.

What are some of the challenges of being bereaved to suicide?

The stigma around suicide is probably the hardest thing to deal with although things seem to be getting a bit easier now because people are more willing to talk about it.

For me, the suddenness was also really difficult to deal with – one minute Graham was there and the next minute he wasn’t. In my case, there was no note or anything.

I didn’t realise how poorly he was. I managed to get him to the doctor’s and they said it was anxiety and gave him anxiety tablets. But he bottled everything up. With being a farmer, he worked a lot and never took a holiday.

We had a lot of support from the farming community when he died. They are very close knit. They made us food, gave the children presents and kept coming to help.

The morning after Graham died, I was up at 5am getting the cows fed. In the end, we sold all the cows because I didn’t want to take the job on. I just wanted to focus on the children.

How did you explain what had happened to your children?

On the day Graham died, I think I told them he’d had a heart attack. But the headteacher from their school came round to see me and said, ‘Diane, I think you should tell them the truth because otherwise someone else will tell them. It’s better coming from you.’

So I sat them down and told them the truth, which was very difficult because they lost their trust in me for a while. But they came round and if you hear them now, they have very black humour.

Do you have any advice for others about how you coped?

I just took one step at a time. You’ve got to carry on. Some days, I still think ‘why?’ – but you just have to get on with it.

My advice would be:

If you’re a member of WAY, there’s a helpline that’s available 24 hours a day with support and advice.

The main thing that everyone needs to know is that they are not alone. There is always someone there who understands… so please do reach out for help, if you need it.

If you’ve been widowed before your 51st birthday and you’re based in the UK, please join WAY’s peer support community for friendship and understanding. Join here...

Other organisations that can help:

For children bereaved to suicide

You can call Child Bereavement UK on 0800 02 888 40 or email them at support@childbereavementuk.org 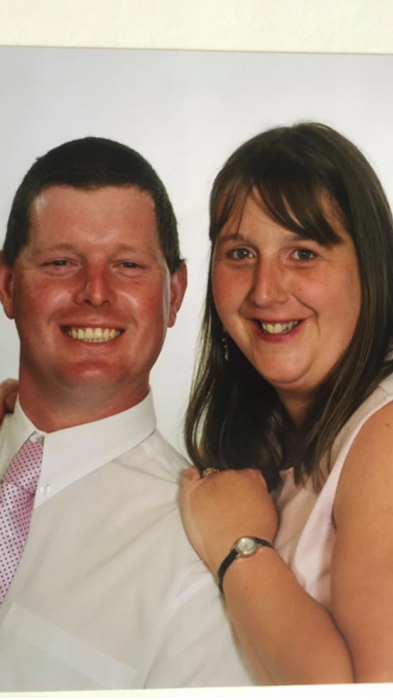