On 30 August 2018, the Supreme Court issued a landmark ruling in favour of WAY member Siobhan McLaughlin from Northern Ireland. She argued that depriving her family of bereavement support payments because she was not married to her partner was against her children’s human rights. This ruling potentially has huge implications for many bereaved parents across the UK who, like Siobhan, weren’t married – but the government has yet to make any changes in response to the ruling.

“Last year’s landmark Supreme Court ruling in favour of Siobhan’s case reinforced how out of step the bereavement support system is with modern society,” said Georgia Elms, spokesperson for the charity WAY Widowed and Young.

“Twelve months ago, we were celebrating that the UK’s highest appeal court had taken the steps to right a wrong, ensuring that Siobhan and her children would not be treated unfairly simply because she and her long term partner made the decision not to marry. However, we are dismayed that the government has simply not taken any action at all over the past 12 months to right this wrong.”

“Considering that cohabiting-couple families are the fastest growing family type in the UK, the current system is fundamentally flawed and unfit for purpose. We hoped that the ruling would set a precedent that would drive the necessary changes to the current law so that unmarried couples and their children are not denied support simply because of their marital status. Cohabiting couples have paid the same National Insurance contributions as their married counterparts – payments that are designed to provide a safety net in times of need. Why should these couples and their children be treated differently at such a desperate time in their lives just because they didn’t get married? They face exactly the same challenges and additional costs of raising children alone while coping with their grief.”

“We urge the government to respond to the Supreme Court ruling as a matter of urgency and that they take the necessary steps to bring this legislation into the 21st Century. Nothing can take away the pain of a loved one’s death, but proper financial support is a lifeline that’s desperately needed by grieving families – whatever their marital status.”

Siobhan McLaughlin, who accepted lifelong membership of WAY at our Annual Meeting earlier this year, said: “It saddens me to think of all the children, who just like mine, are being treated like they are worth less than children of married parents – who are being denied support when they need it most. And all those parents going through what I did – the shock and shame of learning that their children are going to lose out and then the stress and worry of having to make ends meet, as well as coping with loss of their partner. I hope that the Government will pay attention to this judgement and bring our laws up to date.”

The Childhood Bereavement Network estimates that as many as 2,000 bereaved families per year across the UK find out they are not eligible for bereavement support because they were not married to their late partner.

“We urge the Government to amend legislation as quickly as possible, and to clarify the position for those parents who were previously deemed ineligible because of their marital status,” said Alison Penny, Director of the Childhood Bereavement Network at the National Children’s Bureau. “The longer the delay, the longer that thousands of grieving children and their parents are trapped in limbo.”

If you agree that this system is unfair to bereaved families, please write to your MP. You can find some suggested wording on the Childhood Bereavement Network’s website here. 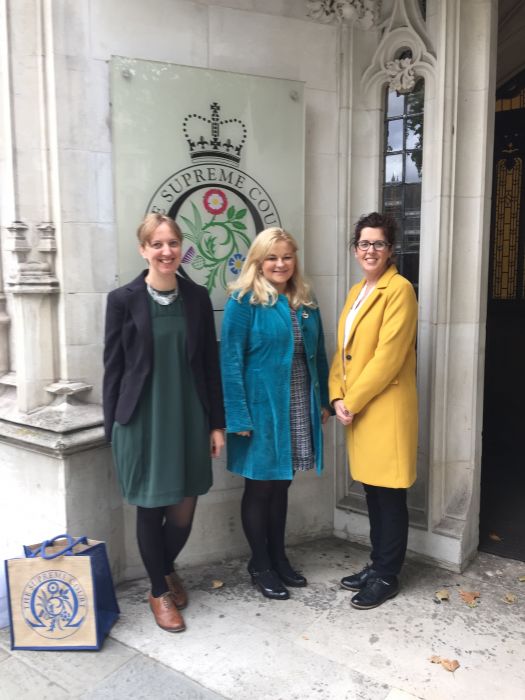