WAY’s amazing Holiday Coordinator Sarah Wilkinson decided to mark the end of her four years on the WAY committee by shaving all her hair off at the 2014 AGM to raise funds for WAY!

Originally, Sarah pledged to shave all her hair if she raised more than £1,500. But as the challenge gathered momentum, Sarah raised her fundraising target to £1,750 and then to £2,000. In the end, she raised more than £2,500! And true to her word, she boldly went where no WAY committee member had gone before by shaving all her hair off in front of 160 cheering members at the WAY AGM in Peterborough. And she looked amazing too! 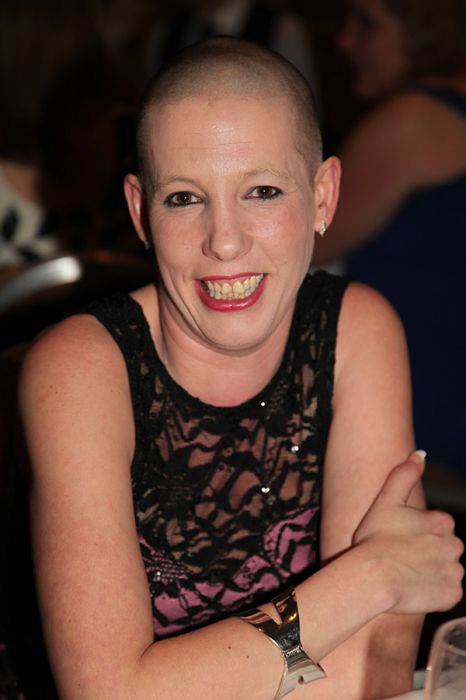 Sarah decided to reveal her scalp to the world in memory of her late husband Jason – aka “Baldie” – who was killed in an accident at work when he was just 33 years old.

“WAY is a fantastic organisation that offers support to those widowed and young,” says Sarah. “WAY quickly became my lifeline back in 2005 after Jason was killed. Turning 30 was meant to be a new chapter in my life. I was newly married, bought a house with my husband and had plans to start a family – widowhood two weeks later wasn’t in the plan!”

Sarah joined WAY in September 2005, just a few months after her husband died. She became an Area Coordinator for Oxfordshire in March 2008 – throwing herself with enthusiasm into the role of local events organiser for local members. And she joined the WAY committee in March 2010. 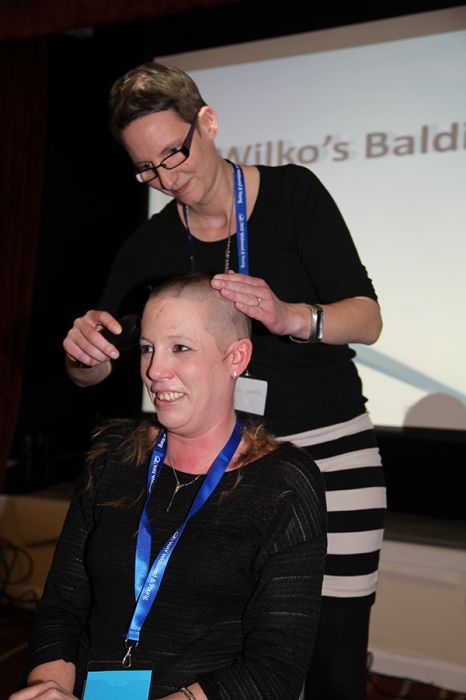 As Holiday Coordinator, Sarah has helped to organise dozens of trips for members up and down the country – including a recent activity weekend for more than 160 members and their kids in Dearne Valley, Yorkshire as well as trips to Blackpool and Bournemouth.

As her final swan song, Sarah is organising a Father’s Day trip for around 50 members to Dorset in June. After that, she is planning to put her feet up for a while!

Huge thanks to Sarah for all the time and enthusiasm she has put into her roles as Holiday Coordinator and Area Coordinator. She will be sadly missed.

It’s not too late to make a donation to Sarah’s hair-raising challenge at http://www.justgiving.com/sarah-wilkinson13.