There was laughter and tears in equal measure at WAY’s 2014 AGM at the Marriott Hotel in Peterborough earlier this month. More than 160 WAY members were united in laughter as comedienne Robyn Perkins shared her wry take on life and death since her partner Dan passed away in 2010.

And there wasn’t a dry eye in the house as members listened transfixed to the story of WAY member and children’s author Elke Barber, who recounted the highs and lows of life since the death of her husband Martin followed by her own battle with breast cancer, all while raising two young children.

“You just keep living until you’re alive again,” was one of Elke’s most memorable quotes. And watching WAY members letting their hair down at the AGM – whether they were hitting the dance floor at the evening disco, making new friends over dinner or rolling down a hill in the hotel’s garden – it was clear that many members were taking Elke’s advice to heart! 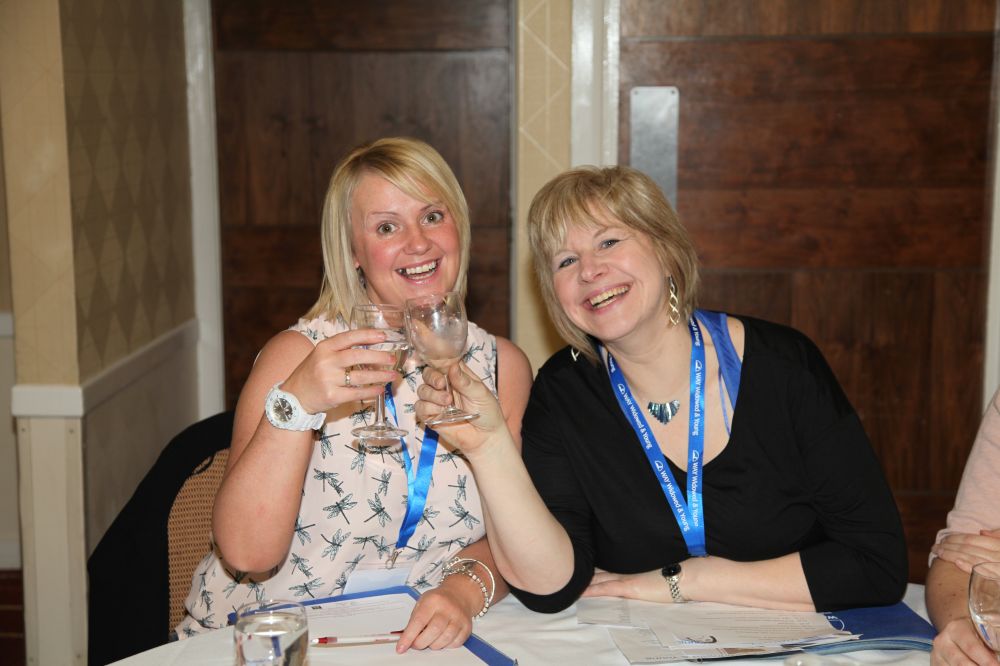 Of course, there was also some serious AGM business to attend to too. There were lots of changes announced that are designed to make WAY a more professionally run organisation that can respond to the needs of all our members – as well as reaching out to new members too.

We launched our lovely looking new website, which will include a new interactive site for members only that boasts a forum, chat facility and other exciting new functions. We are hoping to see an influx of new members once the easy-to-use online joining facility is up and running via PayPal.

Following consultation with the National Council for Voluntary Organisations (NCVO), Chairman Georgia Elms also reported that WAY’s management structure is being changed. Going forward, the WAY committee will be replaced by a smaller executive board, which will include some external trustees and will meet regularly to decide on WAY’s overarching strategies and policies.

One of Sarah’s first jobs will be to organise WAY’s Big Picnic event on May 17/18 – after the huge success of last year’s first national open day for WAY. And she will also organise next year’s AGM, which is due to take place in Cardiff.

WAY’s AGM is not just a business meeting to help plot the charity’s future direction. It’s also a chance for people to meet other members from up and down the country in a safe and friendly environment. It’s a chance to laugh. A chance to cry. And a chance for WAY members to let their hair down too.

As one member said: “I can honestly say my expectations of something that sounded incredibly boring were WAY out!!! The meeting was FAR from boring... I met some truly amazing people and made some lifelong friends. This was my first AGM but it won’t be my last...”

Read more about WAY’s social events, which happen throughout the year…