WAY’s 2017 Big Picnic weekend was the biggest ever – with 37 picnics happening up and down the country, from Scotland to Cornwall. Hundreds of friends, family and supporters came along to help celebrate WAY’s 20th anniversary at some of the country’s most picturesque picnic spots.

We held a Big Picnic event for the first time in Northern Ireland, bringing together young widowed men and women and their families in Belfast. WAY’s founder Caroline Sarll visited the Welsh picnic at Barry Island two decades after she started the charity when her sister was widowed.

“We did get some strange looks and laughs from people in the café wondering why we were still on a deserted beach,” said one of the Dorset picnic organisers. “We’ve all gone through so much, we weren’t going to let a little rain drive us away!”

One widow who came along to our Big Picnic event in Devon to find out more about WAY told us: “My son, who’s 11, in his words had a ‘thoroughly enjoyable afternoon’. Feedback is that the kids were all exceptionally kind, inclusive and shared an unspoken bond of support. This speaks volumes! I too found it to be a relaxed atmosphere, forward focused with respect for the past – and, my biggest relief, non intrusive. I’m signing up this evening and looking forward to meeting other members of the club one doesn’t wish to be eligible for but whose members are forging forward with best intentions and bold spirit.”

Here’s a selection of photos. Roll on next year! 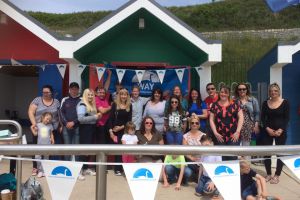 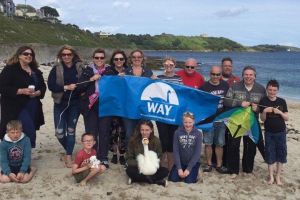 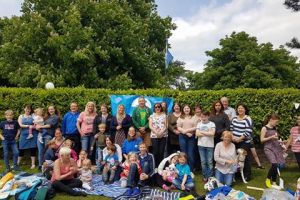 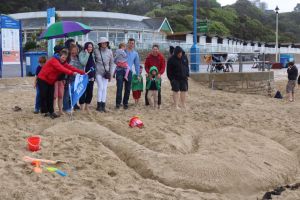 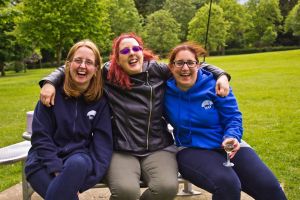 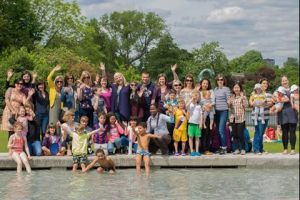