To mark Mother’s Day, we wanted to share the story of WAY dad Richard, 33, whose wife Helen died last year…

My wife Helen passed away on 10 July 2020, 18 days before her 32nd birthday. She was in a local hospice after two weeks in hospital for reduced kidney function and a severe infection due to the treatment she was having for metastatic breast cancer. Unfortunately, they were unable to make her better, but she definitely went peacefully and without pain.

Helen was initially diagnosed with breast cancer in 2018 just before her 29th birthday. In August 2019, we got the all clear and had a huge party to celebrate. This was after a more valuable than we knew trip to Disneyland Paris the month before, and later in October, a family holiday to Lanzarote. Things were looking up, finally!

Last January, however, Helen had severe hip pain which was seriously hindering her mobility. She thought she'd aggravated it on a walk in our favourite local woods, but after a few weeks, got it checked out anyway. Several tests later, many months, with a pandemic being announced in the middle of that time, Helen received the news – a few days after our eldest son's 5th birthday – that the cancer had returned, this time in her hip, lung, liver and most telling, her brain. The prognosis was approximately three years.

By the end of March/beginning of April, Helen was bed ridden. We had the paramedics out a few times and a hospital trip only to be given the all clear (primarily that it wasn’t Covid!). Sadly she passed away just a few months later.

We have two incredible little boys, Xander who is 5, and Lucas who is 3.  They have propped me up since July and truly inspired me to make a legacy of Helen’s life. Our eldest stayed over at the hospice with me and Helen for her final two days with us, and he woke up on the Friday when she had passed just minutes before.

We will be approaching Mother’s Day as we do with all occasions – completely led by the boys, let them mark the occasion how they want, and if they struggle at all, we will struggle through it together.  The one thing we definitely will do though is go to the local woods mentioned above, as on our 10th Wedding Anniversary on the 20th February, we went and planted some purple tulip bulbs, mixed with some of Helen's ashes as well as some more ashes spread on top.  It's a way we can be close to Helen in the absence of a grave or other memorial – it's just for us and only we know where it is. 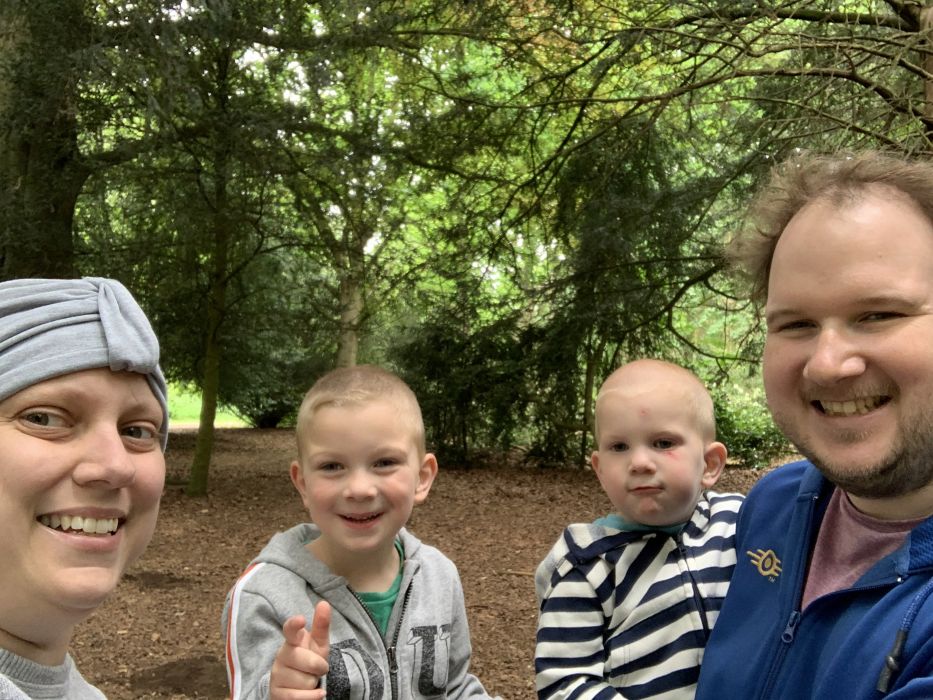