On the anniversary of a landmark judgment from the High Court, WAY Widowed and Young is joining the Childhood Bereavement Network and the Child Poverty Action Group in calling on the Government to make good on their promise to extend eligibility for bereavement benefits to cohabitees with children.

Payments worth almost £10,000 are currently made over 18 months to parents whose husband, wife or civil partner died. However, if the parents were living together but not married, the family cannot claim this help despite the parent who died having made the necessary National Insurance contributions, and all the other eligibility criteria being met.

On 7 February 2020, the High Court ruled that denying these benefits to cohabiting parents was a breach of their and their children’s human rights. On 28 July 2020, the Government announced in response that it was intending to bring forward a Remedial Order that would extend eligibility to cohabitees with children, but it has not yet done so.

The case was brought by Child Poverty Action Group on behalf of two families where the mother had died, leaving the fathers caring for their young children. Kevin Simpson, one of the fathers who brought the High Court case, said:

“I took this case for my kids and to make life easier in future for every other family that finds itself in the same situation as us.  I’ve done all the running I can and the case has been won -  it’s not as though it’s ongoing -  but everything has stopped and it should have moved forward by now. It’s about doing the right thing for kids after they’ve lost their mum or their dad.”

“A year ago the High Court gave a clear ruling which should have meant grieving children would no longer lose out on the benefit of bereavement support payments because their parents were not married. In practice, the Government, while not appealing the Court’s decision, has failed to take any action to address the human rights breaches found by the court. As a result, several thousand more children who have lost a parent in the past year have gone without that support and continue to be discriminated against. The Government’s inaction is inexcusable.

“As the courts have recognised, when a child loses a parent, their needs are no less because their parents did not marry and denying those children additional financial support, purely because the parents were not married, breaches their human rights. In July 2020, the Government said it would bring forward a remedial order to amend existing legislation to extend bereavement benefits to cohabitees with children. Six months on there is still no sign of such amending legislation. Further delays, at the expense of grieving children, cannot be justified.”

Many unmarried parents in the UK don’t realise they are not entitled to support until it’s too late. More than a quarter of deaths are sudden and even when a parent is expected to die, they may be too ill to get married. Almost half (49%) of people cohabiting with a partner believe, wrongly, that living together for some time brings them the same legal rights as if they were married.

Alison Penny, Director of the Childhood Bereavement Network, who provided a witness statement in the case, said:

“Our calculations estimate that since the ruling, over 1,600 families – with over 2,800 children – have missed out on these payments. Sadly, this is probably an underestimate, because of extra deaths during the second wave of the Covid-19 pandemic. Every day of delay results in another four or five families missing out on these lifeline payments.

“Cohabiting parents have shared harrowing stories with us of the hardships they and their children have faced because they can’t claim Bereavement Support Payment. This money could provide a much-needed breathing space to help the family begin to adjust to life without their mum or dad, as well as paying for new expenses such as childcare or bereavement counselling. The High Court ruling paved the way for all grieving children to be supported, whether their parents were married or not. We urge the Government to stop dragging its feet and get support to these families as a matter of urgency.”

Georgia Elms, Ambassador for the charity WAY Widowed and Young, which has campaigned on this issue for many years, said:

“We believe it is absolutely unjust that co-habiting couples are still not entitled to receive the same financial lifeline as married couples, who have paid exactly the same amount into the National Insurance pot from which this money is drawn. We urge the Government to take immediate action to amend the relevant legislation to make sure bereaved children across the UK get the financial support they are entitled to – especially at a time when the pandemic has shown how crucial it is for the Government to step in and provide vital funds when families have lost an income." 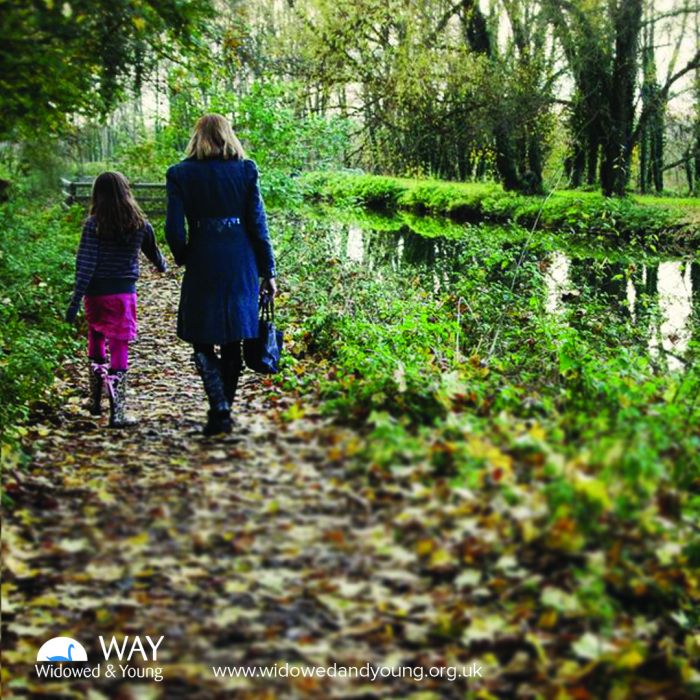